The following message is a guest blog from Sallie Page-Goertz MN, APRN. Sallie is the Medical Director of Reach Out and Read KC, and she recently gave a two-part presentation called “Parent Talk” about why it is important to engage in frequent, high-quality talk with young children. Her presentations were so informative and well-received that we would like to share that same message with you!

Babies love to hear your voices.  While in the womb, they heard your voices, as well as those who were around you!  A fascinating study had women read to their babies before the birth.  After the birth, babies listened to recordings of their mother and recordings of a stranger reading the same story – they were much more interested in listening to the story recorded by their mothers, a familiar sound! 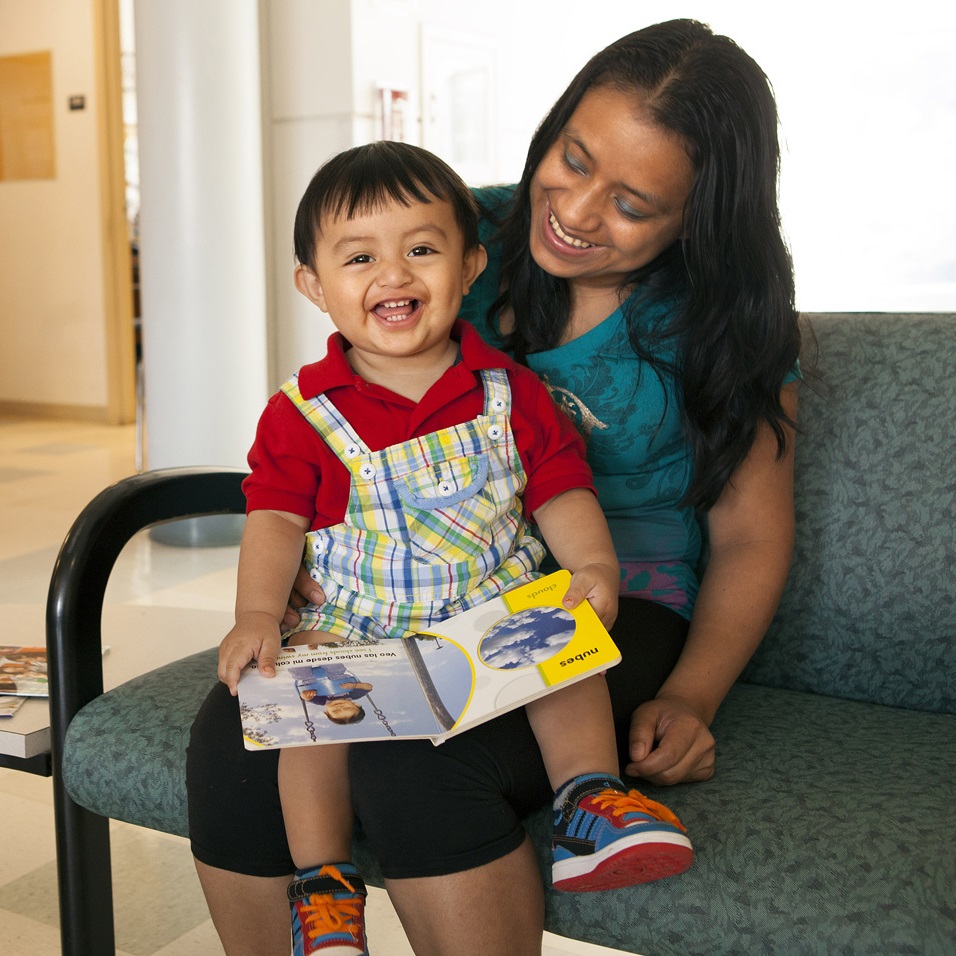 Photos courtesy of Reach Out and Read National Center.

For children to learn to talk, they have to hear lots and lots of talking.  The first 3 years of life are the MOST sensitive for development of later language skills.  If babies do not hear lots of conversation, they lose an opportunity for developing strong connections in the brain that help them to communicate.    When you talk to your baby, connections between neurons are formed that will help them learn to speak.   Research tells us that the more words children hear between birth and three, the more words they know at 18 months of age and at 3 years of age. Sharing a book with your child is one way to get these conversations going!

The way we talk to young children influences how they think about themselves, how they learn to regulate their behavior, and their willingness to try hard, and keep trying when learning new skills.  For example, in the grocery store – one could tell that running child to “Stop, behave, you know you’re not supposed to run” or, one could say – “hey stop running and come help Mommy find the red apples that you like so much – let’s see if you can put four of them in the bag!   Thank you for being a good helper”.  In the first example, the child is chastised for unacceptable behavior, but doesn’t learn what might be acceptable.  In the second example the child is told what they are not to do, but also told what they can do, and further are given an opportunity to learn about color, and counting and helping.

Another example – the preschooler is working on putting a puzzle together – it’s hard for her to find the right spot for some of the pieces.  In one scenario, her caregiver shows her exactly where it goes, she puts it here and is told “great job”. The child is pleased to have the help, and continues to look for that help.  An alternative scenario, is that the caregiver suggests puzzle skills – look at the pieces with smooth edges, and see which ones will go together, or think about matching colors on the different pieces.  The caregiver encourages the child to keep trying different pieces until she finds the right ones.  Praise is given for trying again and again, rather than for being successful!   In the second scenario, the child has learned a lot more – about puzzle making, but more importantly about not giving up when things seem too hard. 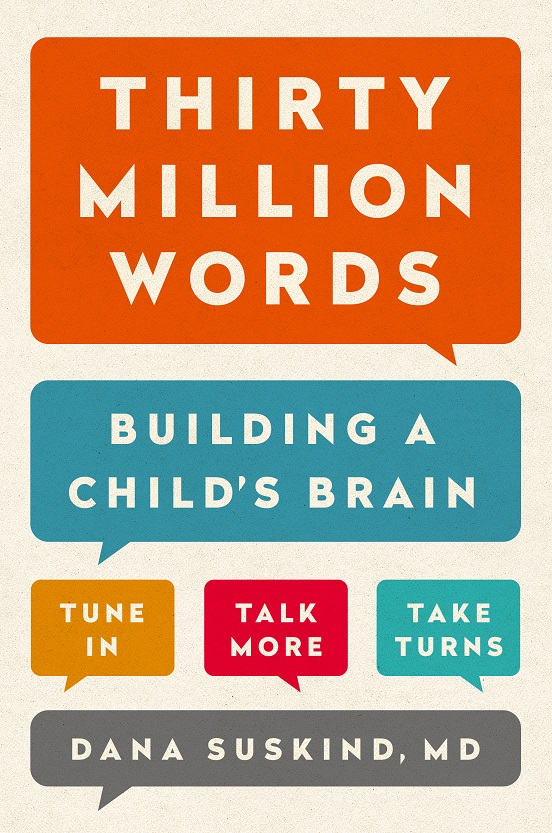 Bottom line, words matter, and the more words a child hears, the more prepared they are to communicate and to learn as toddlers, kindergarteners and adults!

So, go talk to your baby – watch how she reacts to your voice, to your singing.  Even though she won’t talk back with words for many months, she talks back with her eyes and her expressions to let you know that she is definitely listening and learning.